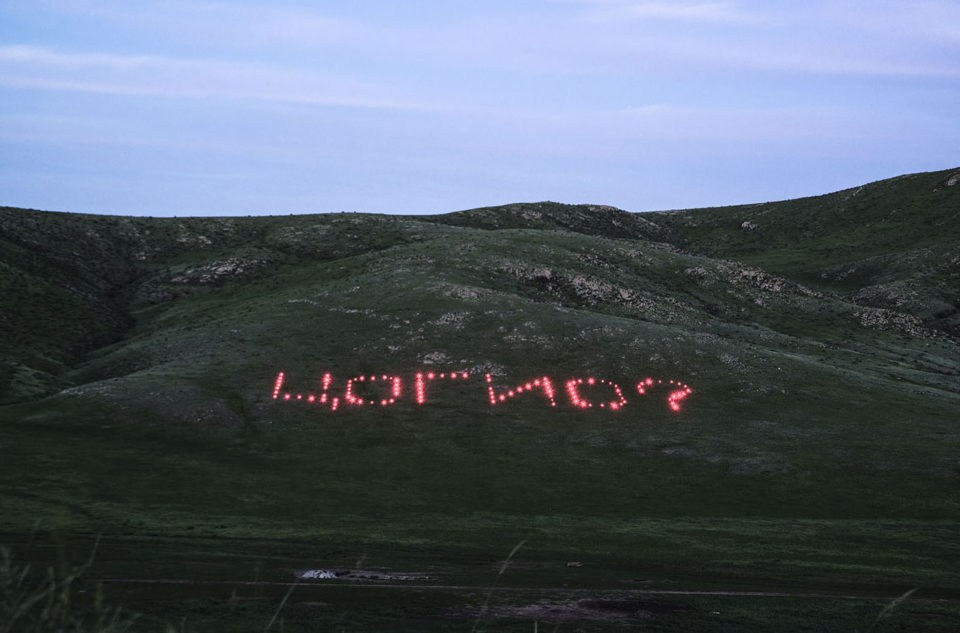 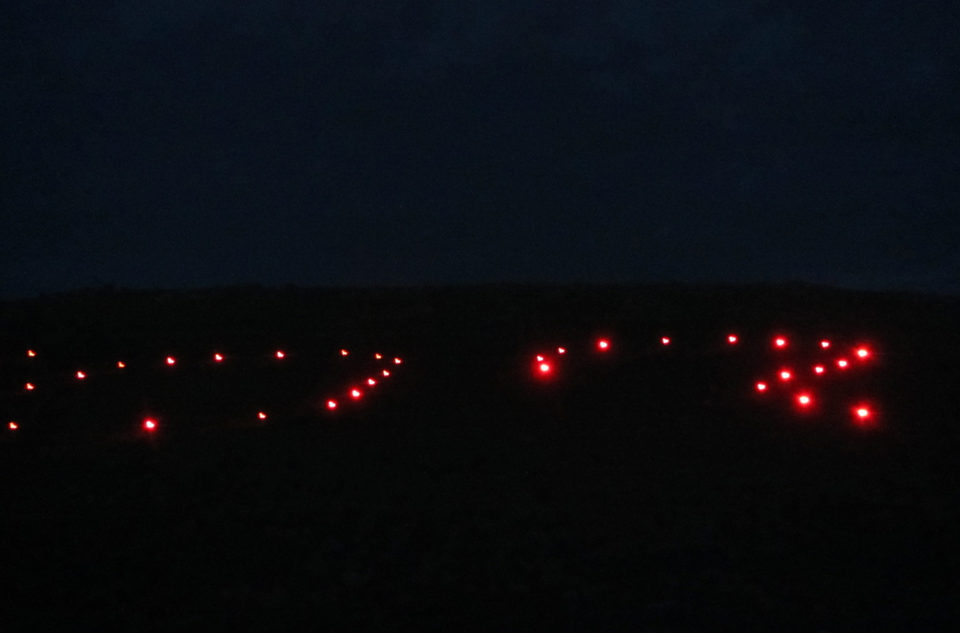 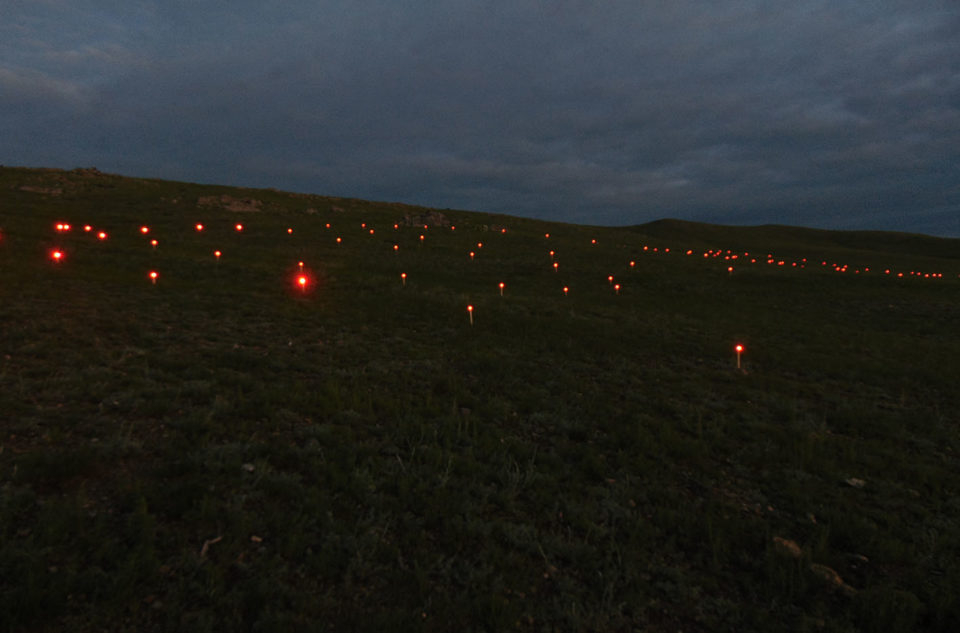 LAM 360° (Land Art Mongolia | acronym LAM) is a biennial art festival located in Mongolia. LAM focuses on Land Art as a form of spatial visualization of the relations between nature, culture and social policies. It strongly promotes freedom of expression in joining people and institutions from all sectors of Mongolian society by meshing their respective backgrounds and perspectives through collaboration and networking actions of regional and global scope.

In her proposal for the artwork, Sophie Guyot quoted a sentence by philosopher Hannah Arendt: “The world is not humane just because it is made by human beings, and it does not become humane just because the human voice sounds in it, but only when it has become the object of discourse”.

Guyot’s art is concerned with how the words we use reflect and inform our views – how language forms our view of the world. This work for Land Art Mongolia 2018 started with a series of informal conversations between Guyot and the inhabitants of the region, with a culture that still bears many traces of nomadism.

Although her personal focus in these conversations was to explore the idea of humanism in the Anthropocene age, she found a deeper personal connection with people through her love of horses, and the fact that horses play a central role in Mongolian culture. In fact, the figure of the “horse” began to represent all the depth and range of meaning of the figure of the human, a kind of alter ego.

In Europe and New World, the word “human” is normally used to denote positive attributes, as in Mongolia the word “horse” also evokes a positive set of values. Would we think differently about the world and our actions in it if we used the word “horse” instead of the adjective “human”? And “horse-ism” instead of “human-ism”?

The question mark that follows the word is important: it focuses on the interaction between the installation and those present, questions them directly and invites them to take a stance.

Due to the unevenness and the differences in the depth of the terrain, the word TSOGIO (“canter” in mongolian) in cyrilic alphabet can only be read from a specific point. The concept of humanity expressed in this installation thus crucially illustrates the question of perspective.

Link on “Kulturplatz” SRF about Land Art Mongolia and my work (minute 20:30)